Are you struggling with an ant problem? Hawx Pest Control can help. We offer a full range of ant control services, including both extermination and preventative measures, throughout the country in cities such as Atlanta East, Atlanta West, Charlotte, Raleigh, Sacramento, Austin, Milwaukee, and Riverside. We know ants inside and out and have handled problems of all shapes and sizes with a wide variety of different types of ants. They’re tremendously common, but that doesn’t make them easy to deal with, and our team is ready to handle any issue you might be facing.

Ranging between 1 to 30 mm, there is a tangible size difference between ant species. However, some common visual attributes of most species of ants include:

Most ants are brown or black, but they can also be yellow or red. The color isn’t always helpful for identifying the species, but it’s a good starting point. Keep reading to learn more about specific ant species, where they live, and which ones may be found inside your home.

The habits and tendencies of ants can vary, but some common actions amongst most species are listed below.

Given that ants are part of a collective whole, the best treatment options for these insects often involve the colony.

Most ants are brown or black, but they can also be yellow or red. Ranging between 1 to 30 mm, there is a large size difference between ant species.

However, some common visual attributes of most species of ants include:

There are over 12,000 species of ants in the world. Although they have some things in common that we highlighted above, the species can differ widely from one another too. Some of the most common species of ants are described below.

As you may have guessed from their name, these ants are small in size (1.5 to 2mm) and typically black in color (some can be dark brown). They can be found throughout the U.S.and are most active from June to August. They build nests in wooded areas, under logs or rocks, or in rotting wood or wall voids inside or outside of your home.

You can identify the most common type of fire ant, the red imported fire ant, by its reddish brown or yellow color and its small size (1–5 mm). They can be found in tropical locations in South and Central America and in warm southern climates in North America as well.

These ants can be aggressive, especially the worker ants. They don’t just sting; they also bite to hold themselves steady and adequately inject their stinger. Like most insects, fire ants probably won’t bother you unless they feel threatened. However, if you are stung or bitten, the resulting pustules will hurt, itch, and may get infected if they’re scratched open.

This ant species is most known for walking in a very long, single-file line. They are especially prominent in California. Typically dark in color and small in size (around 3mm), Argentine ants are commonly found inside homes because that is where they find warmth, food, and water, which is why you may see them in your kitchen or bathroom. They eat sweet foods, including egg yolks, syrups, juices, dead insects, and byproducts like feces and vomit.

These ants are also known for their ability to join forces with other colonies, producing super colonies that can be aggressive toward more native insects and that pose a larger threat of infestation in your home due to the sheer amount of ants. These ants do not sting but they can bite, although, just like little black ants, they’re small enough that their bite doesn’t cause much harm to humans.

Signs of an ant infestation

No matter what species you have around your home, there are some common signs of an ant infestation that can include:

Most ants do not cause damage to your home (except carpenter ants) or harm to people (except fire ants). An ant infestation can be unsanitary, though, and can contaminate your food. Learn more about how to get rid of any existing ant infestations and colonies below and find some more tips to prevent them from coming back.

There are some home remedies you can try if you suspect an ant infestation or want to prevent them in the first place.

Dealing With Swarms of Flying Ants

Most of us are familiar with wood-destroying carpenter ants, the small black ants that disrupt picnics, or other types of ants that can infest homes

Like many other kinds of pests, dark rover ants are attracted to your home as a source of food, moisture, and shelter. That’s why these

What Are Crazy Ants and How Do You Get Rid of Them? 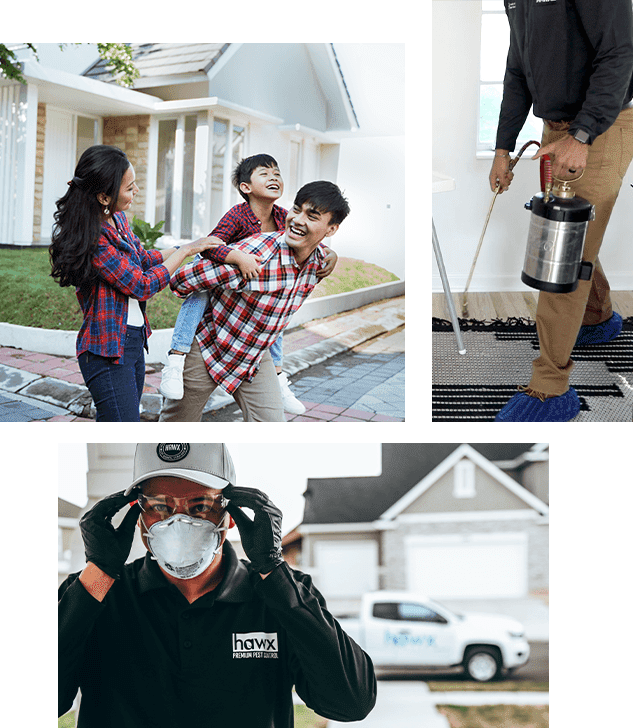